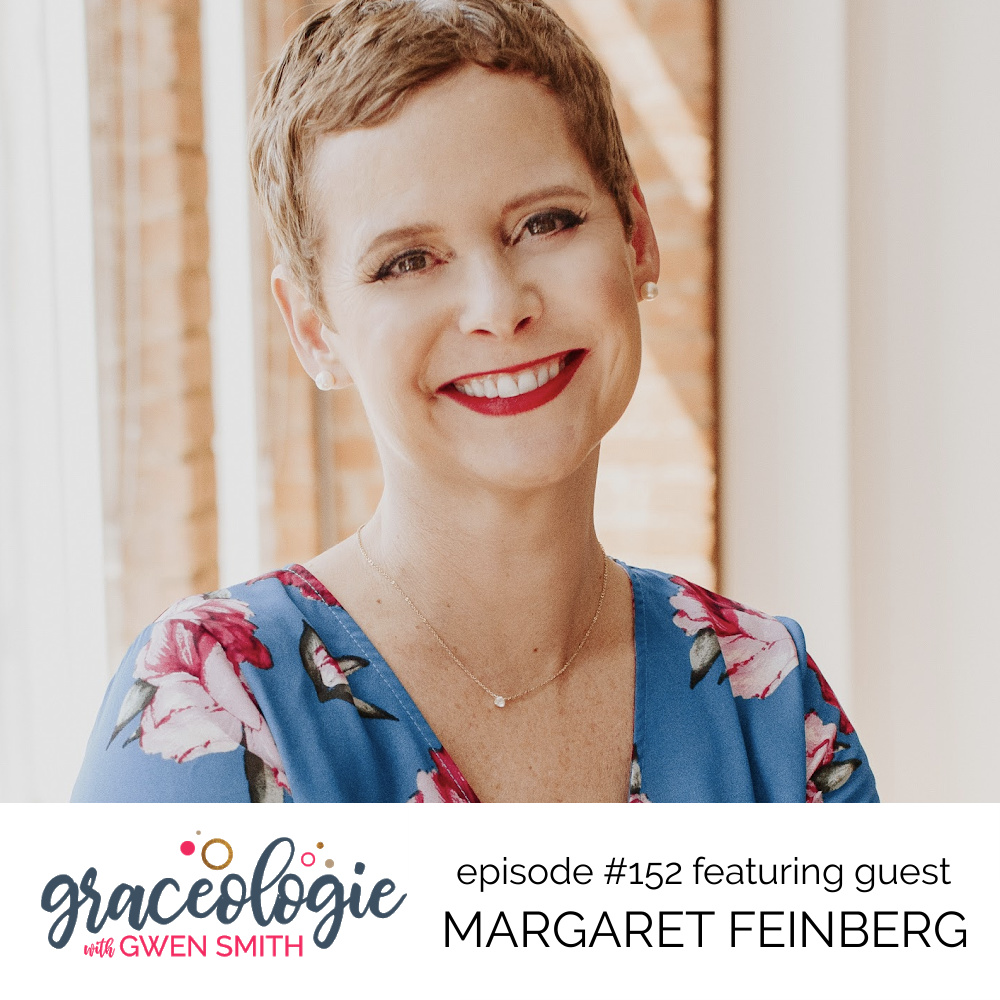 In a culture that constantly tells us we're not good enough, not beautiful enough, and not doing enough, it's easy to feel as if we have nothing to offer. Lies about who we are and how we are failing slip into our thinking until we believe they’re actually reality. But that's not what God intends for us.

Margaret Feinberg joins me in this episode where she exposes some of these false beliefs, shares some personal stories and shows you that the places of your deepest hurts can actually become wellsprings of your greatest healing.

Margaret wrote the book, More Power to You, from a dark place she was in and emotionally broken down and discouraged. She was dismissing negative thoughts but found herself over time agreeing with them. Negativity started to saturate her.

Romans 12:2 “Do not conform to the pattern of this world, but be transformed by the renewing of your mind. Then you will be able to test and approve what God’s will is—his good, pleasing and perfect will.”

Margaret realized she needed to repent. Repent actually means to change your mind. And she realized that she had been so disempowered by that negative thought life she came home to talk to the Holy Spirit asking Him to show her what she was agreeing with from the Father of Lies.

She wrote down the lies and said, “Father will you forgive me? I break every agreement that sets itself up against the knowledge of God.”

Neuroscience says that there is not just a spiritual change but a physiological change that begins to happen when we do this. The way God designed our brains is with neuroplasticity. When we start thinking a certain negative thought, our brains neurologically build a super highway to that destination dark thought. With scripture we can actually dismantle that negative pathway and build new neuron destinations towards the truth.

Jesus is in the constant process of renewing, strengthening, reviving us. We are a work in progress.

Those negative thought patterns create downward thought spirals. And the more it becomes ingrained inside of you.

Take the time. Use these 90 second declarations to same them out loud.

Go see a therapist or your doctor if you need to. Seek every tool you need.

What we are facing right now in our world, this is not a sprint, it’s a marathon. And we need to gear up in every way we can.

When you tell yourself the “agreement” that your situation is never going to improve, it will become a self-fulfilling prophecy. You will avoid the opportunities to escape because you're convinced your efforts will result in failures.

2 Corinthians 10:5 “We demolish arguments and every pretension that sets itself up against the knowledge of God, and we take captive every thought to make it obedient to Christ.”

Demolish means God bringing his wrecking ball to these arguments that just are not true.

Satan is real. But do you know who is more real? Christ! The power of God and the power of the Holy Spirit.

“The quickest way to make the enemy small is to make God really really BIG.”

We do that by declaring allegiance with the scripture, through worship and prayer.

We are meant to be God pleasers not people pleasers.

Acts 17:28 “For in him we live and move and have our being.’As some of your own poets have said, ‘We are his offspring.’”