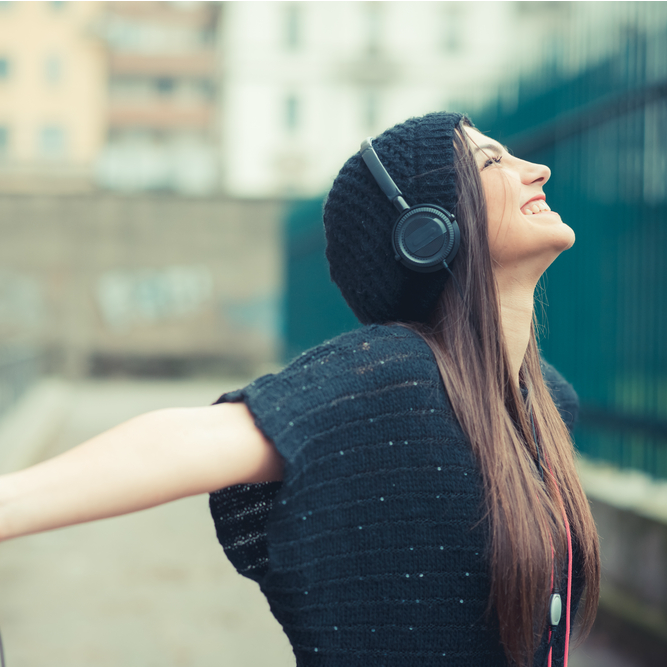 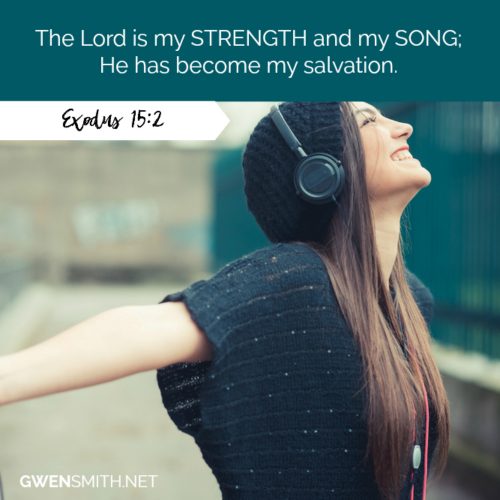 I will never forget how the movie The Wizard of Oz lingered in my heart for days after I first saw it. I was just a child like the heroine Dorothy, who won me over the instant she effortlessly sang the dreamy lines of Somewhere Over the Rainbow. I was moved profoundly by the story of this young girl who had been caught up by a complicated dog matter and a whirling tornado that transported her to a strange and bewildering land far from home.

While watching the adventure play out on television, I joined the story in my imagination. I cheered for Dorothy as she came to the defense of her spirited puppy, Toto, when a witchy woman wanted him killed. I sank deep into the couch cushions and trembled with fear when the black and white farmhouse was lifted in a storm, then crashed down in an unfamiliar place of Technicolor.

Along the yellow brick road, I made friends when Dorothy made friends. Never again would I look at a scarecrow, a lion, or a tin can the same way! I shared in her longing for a safe return home to her Auntie Em and their farm in Kansas. My heart-hopes soared with hers as Dorothy was told of a powerful man in the Emerald City who could help her: the Wizard of Oz!

As with any good story, there were scary struggles and frustrating setbacks. Flying monkeys captured Dorothy and her friends, and a wicked witch set out to destroy her. Even so, determined Dorothy continued on the yellow brick road toward the Emerald City because she’d placed her hopes in the powers possessed by the famed Wizard of Oz.

Sadly, after persevering through all the dangerous predicaments, Dorothy and her friends found out that the wizard was, in fact, powerless. Powerless! What a stinkin’ disappointment! Dorothy was crushed. Her buddies were crushed. I was crushed. How in the world could this happen? Hope had skipped alongside them for the entire journey down the yellow brick road. How could anticipated strength possibly fade to weakness?

Hearts were heavy with the ache of disappointment. All seemed lost. Then a surprising shimmer of hope broke through: Dorothy actually possessed the power that she needed to get home. In fact, she’d had the power all along. Her ruby red slippers were the key!

Let me just say, at this point happy dances were thrown down on both the screen and in my living room.

Tears fell as goodbyes and hugs were shared. Then Dorothy grabbed Toto and made her way home by calling on the power that had been with her all along. Within seconds, the Kansas girl found herself back over the rainbow of a dream, safe and sound at home.

To this day, that story still moves me.

I can relate to Dorothy on so many levels. She was a girl with a dream and a song in her heart. An average, ordinary girl who had to deal with complicated people and sort through difficult circumstances. A girl who knew how it felt to place her hope in other people and be disappointed. A girl who finally came upon the strength she needed to find her way home.

Isn’t that true for all of us?

Aren’t we continually looking for the strength we need to bring our hopes into reality?

Moses, too, faced complicated challenges and whirling storms of circumstances. Born in a time when he, as a Hebrew baby, was supposed to have been killed, Moses was saved by God’s sovereign grace when Pharaoh’s daughter pulled him from the Nile and kept him as her own.

A Hebrew among Egyptians, Moses was raised in a land and culture that was far removed from his heritage and from the One true God of Israel; as far as black and white is from Technicolor.

You know this story! We saw it on the flannel graph boards in Sunday school as little girls. We watched Charlton Heston act it out in the movie The Ten Commandments. Moses had it all in the palace, lost it all when he murdered an Egyptian soldier, then eventually, risked it all for the holy God who called out to him and commissioned him from a flame. (Need a refresher course on the details? Go read the book of Exodus. It’s completely amazing.)

Moses set out to free his people through the power of God. Though the Pharaoh doubted God’s strength, the Lord displayed His might, plague after plague, until finally it looked like Pharaoh got the memo. At last he let God’s people go. Moses’s yellow brick road of rescue led him and the Israelites out of Egypt. But when Pharaoh changed his mind and gathered his army to chase them, the Israelites ran smack dab up against the Red Sea.

Not one to be hindered by impossibility, the Lord took care of business in a huge and powerful way. He parted and held back the Red Sea for Moses and the Israelites so they could escape destruction and experience deliverance. After His people crossed over safely, God again demonstrated His strength by sweeping the Pharaoh and his army into the sea, killing every last one of them (Exodus 13 and 14).

My goodness. What a story! What. A. God!

“Israel saw the great power that the LORD used against the Egyptians, so the people feared the LORD, and they believed in the LORD and in his servant Moses” (Exodus 14:31, ESV).

Then a big ol’ party went down as Moses and the Israelites sang to the Lord a song that’s commonly referred to as the Song of Moses.

In Exodus 15, Moses calls God his strength and celebrates the power that brought salvation to his people. Oz is a Hebrew word for strength. How about that!? The Bible reveals many names that highlight the power of our God; El Sali is a Hebrew name meaning “God of my Strength; God my Rock.”

Are you experiencing the strength of God?

You might be struggling with this, wondering where God is in your story. Perhaps you find yourself lamenting to the God of Strength, El Sali, wondering why you’ve been forgotten and why you feel weak. Maybe things are good for you right now, but you know of others who have encountered shadows along their yellow brick roads. Each of us is guaranteed life challenges, but God promises to be our strength when we call on Him. He is not a puffed up and powerless wizard of Oz hiding behind a curtain, pulling strings. He is El Sali, the God of Strength who loves you and longs to move in and through your life.

Will you trust Him more deeply today and allow His joy to be your strength?

Dear Lord, my Strength, El Sali,
You are powerful and loving. Thank you for allowing me—this average, ordinary girl with complicated relationships and difficult circumstances—to have access to Your perfect Strength when I am weak. Help me to trust You when all my heart sees are lions and tigers and bears.
In Jesus’ name, amen.

FOR YOUR REFLECTION and RESPONSE:

Read the first half of Psalm 84:5: Blessed are those whose strength is in you. To whom is this comment directed? In what ways has this been true in your life?

FOR YOUR WORSHIP RESPONSE: Click now to hear a song I’ve posted and take a moment to worship our God who is both our Strength and our Song!

Thanks for doing life with me! 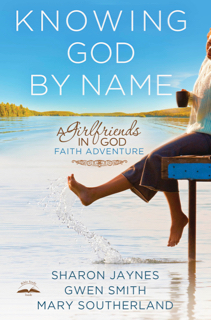 Today’s post is adapted from Knowing God by Name. This is the perfect book for individual study or for gathering a group of friends. With impactful devotions, study questions, journal pages, and free on-line video intros, this book is a resource you’ll refer to time-and-time again.

SPEAKERS and WRITERS
ONLY A FEW SPOTS LEFT! 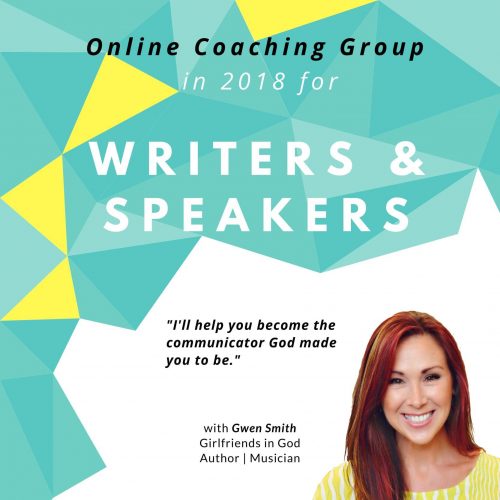 I usually don’t offer coaching opportunities because my time is limited, but I feel strongly about helping you become who God made you to be.

I’m partnering with a network called: ‘Tailored Coach’ where each group is 100% online, with live video coaching calls and collaboration with peers each month, for 6 months.

Specifically this coaching group will focus on writers and speakers, helping them communicate, lead, promote, and execute a plan to achieve success.

If you find yourself as a busy writer or speaker, that can’t seem to get out of the weekly grind, this is for you.

Here’s the link to the coaching page, where 6 sessions are laid out to develop you over 6 months. I hope you apply today before it fills up!