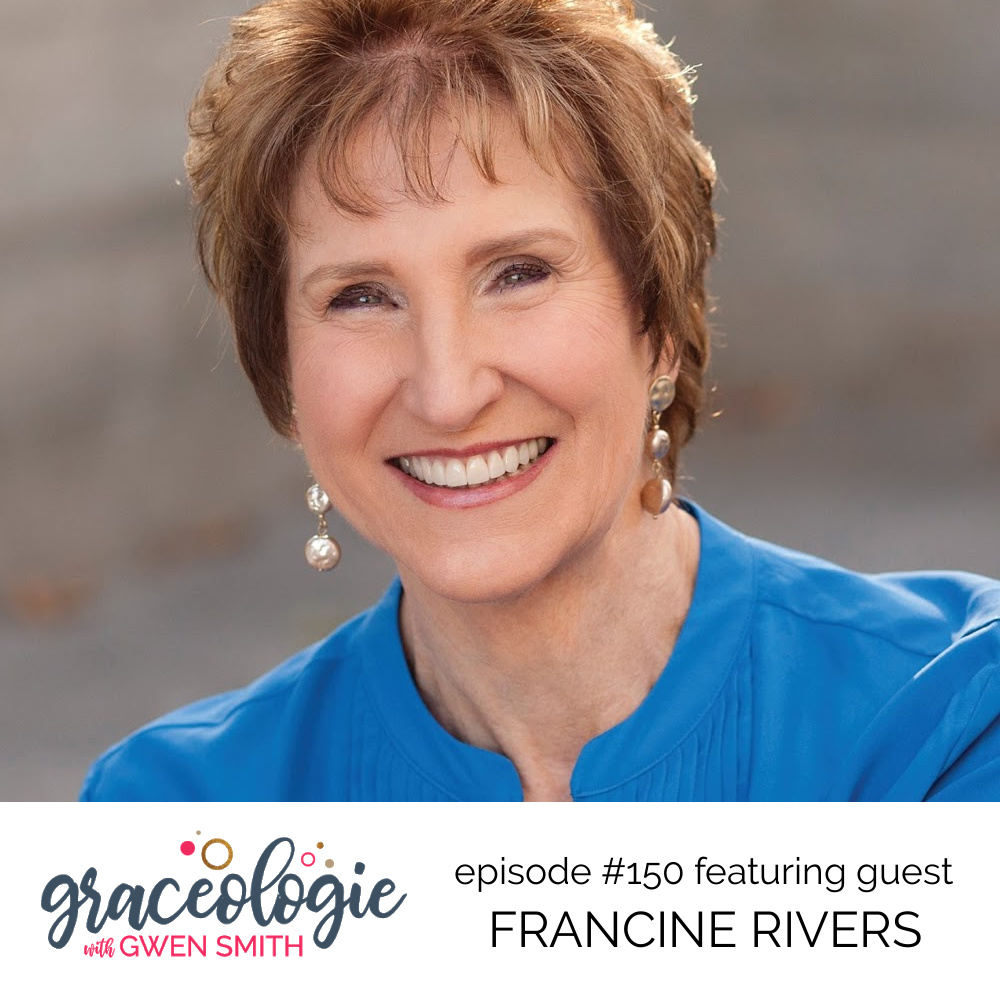 Have you ever felt like your life or a relationship was unredeemable?

BUY Francine's BOOK: A Voice in the Wind

My guest is bestselling author FRANCINE RIVERS. Francine is known best for her book REDEEMING LOVE, which is now considered by many to be a classic work of Christian fiction as it continues to be one of the industry’s top selling titles year after year. Since writing Redeeming Love, Francine has written quite a few bestselling novels —including The Masterpiece, Bridge to Haven, and A Voice in the Wind —all of which have brought her both industry acclaim and reader loyalty all around the world.

Francine and I talk about several new projects she’s been working on, including a new devotional, a Bible study and a movie. She also shares her personal redemption story and talks about the power of God’s love to renew our lives, body, mind and soul.

After becoming a christian, Francine could no longer write in the general market romance novel genre. So Francine spent about three years reading the Bible front and back. And Redeeming Love was the result.

When she got to the study of Hosea, she felt that that was the love story God wanted her to write.

Redeeming Love is an allegory about Israel. As well as Gomer and Hosea being an allegory for Francine’s own walk. The prostitute represents Israel who consistently turns away from God.

This can be like us, turning to friends and “how to” books and not going directly to the Lord and scripture.

Coming to Christ, you’re not giving a little piece of it, you’re giving everything: your past, present and your whole being.

Francine mentions how this book, years later, she realized tied in so well to human trafficking. She was asked to speak at a conference on prostitution, and didn’t think she had anything to offer! They replied, “What they need is to know where Redeeming Love came from because it’s being used in sex trafficking minisitries because they don’t know how much God loves them.”

As Angel and Michael were falling in love, Angel tried to sabotage the relationship a lot. Do we do this with God?

We all can do this, especially survivors. A lot of women have this gaping heart wounds from childhood and we bring it into our adulthood and into our marriage and yet God’s desire is for every single one of us to know healing.

God is capable and does miracles even today! Trust and stay in the word and have scriptures to help you remember that!

Keep a record of when God intervenes in your life and how he has helped you so you can remember and to reinforce that God is there for you.

Sometimes you need to look at the way you think and put away the lie. I reject this! I will not believe this lie from Satan because here is what God says about me!

It’s hard work to overcome this kind of thing. We need to renew our mind in Christ. Follow the truth.

Francine’s summary of the 4 different things she’s written about, is that the outcome would be:

That Jesus would draw them (the readers) to Him. That Redeeming Love would open people’s eyes to the love God has for them and these tools would draw them ever close to him. Also, that the movie would reach out to a different audience that might not be reading novels, but would see, want, hunger and thirst for the Lord since he is the answer to all of our problems.

“Jesus is the cry of the human heart.”

It takes humility to let go and understand that we don't have the answers. We don’t have the solutions to the problems of the world and God does. It’s the change of the human heart that has to come first.

It’s the mindset. It’s the decision you make. It’s the renewing of your mind. Reading scripture and hanging on to that with everything you got.