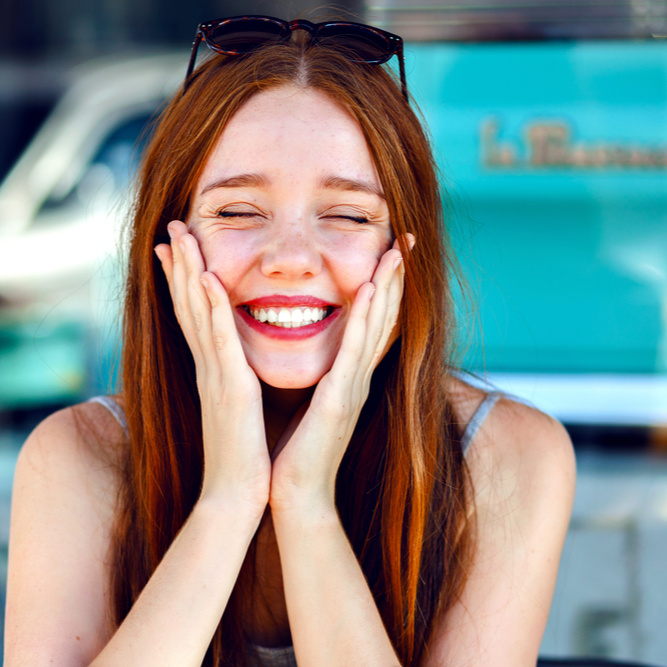 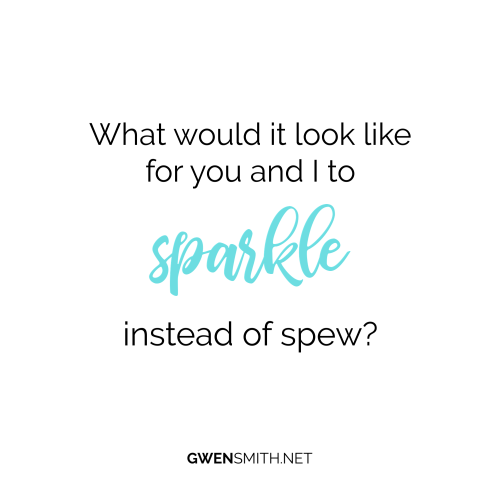 My friend Ellen is a preschool teacher who regularly contends with entitled toddlers and privileged preschoolers who know how to major on some minors and throw down some serious tantrums.

I want the red crayon, but Tommy has it!

I’m not eating this because it has white cheese. I only like yellow cheese.

I want to go first!

I’m allowed. You’re not my boss.

Miss Ellen calls these little escapades “princess problems,” and she does her best to lovingly redirect the heart of each young complainer toward the reality of his or her blessings and toward the virtue of patience, selflessness, kindness, sharing, etc..

Hardly a day goes by that the kingdom of her kiddie classroom isn’t inundated with princess problems. The outbursts are common. Most are simple issues to address, but occasionally they can become a minefield of messy mayhem that disrupts a special moment.

As I reflect on this, it occurs to me that even though I’m adult I’ve got my own fair share of princess problems. At times I throw myself in a tizzy and worry about things that don’t need to be given a second thought. I make a big deal out of situations that do not have eternal consequences just because I might be temporarily inconvenienced or offended.

I can’t believe I have to go to the grocery store again. This is the third time this week!

It took them over an hour to change the oil in my car today. Over an hour!

The pastor’s sermon was way too long and the music was loud.

In the Old Testament, Daniel could’ve complained about his problems. But he didn’t. Not even as he faced impending death when he was thrown in a den of lions. Instead, he remained devoted to God and honored the Lord while humbly serving the king who brutally destroyed his hometown and took he, and his friends, captive to Babylon.

In the New Testament, the apostle Paul endured extreme hardships during his missionary journeys. He was attacked by murderous mobs, beaten, betrayed, flogged, arrested, starved, shipwrecked three times, and bitten by a viper… all while serving God! Nice, right? Though he had every earthly reason to whine about the stuff he went through, Paul didn’t. To the contrary, he wrote a letter about joy and perseverance to encourage the believers in the church of Philippi from prison. He encouraged others instead of griping about the mess he’d been through, and in spite of the limitations he was constrained by.

Yes. I am a daughter of the Most High, King of kings. A noble princess in God’s kingdom with an endless and enchanting inheritance. I am not, however, entitled to grumble and complain about pithy little annoyances. Not even about big things!

Paul wrote about this very thing in that letter he sent to the Philippians.

Do everything without grumbling or arguing, so that you may become blameless and pure, “children of God without fault in a warped and crooked generation.” Then you will shine among them like stars in the sky as you hold firmly to the word of life. (Philippians 2:14-16a)

Imagine what our loved ones and co-workers would think if you and I actually live these verses out. If we stop complaining. If we choose to be blameless and pure worshipers who trust God’s sovereignty in the inconvenient, uncomfortable, and even the worst of times.

What would it look like for you and I to hold firmly to the word of life … to sparkle instead of spew?

Let’s make a deal. You and me…

The next time we get shipwrecked in our own imaginations and begin to drown in the petty dramas of our own making, let’s straighten our crooked tiaras and ask God to adjust our crooked attitudes. In doing so we’ll move forward in the strength, dignity, and joy of Jesus.

In His grace, Jesus quiets our princess problems and purifies us to shine like stars in the sky for the glory of God.

Holy Father,
Please forgive me for the times I get flustered and freaked out over things that don’t matter. Forgive me, also, when I fail to trust You with heavy and hard trials. I want to be a woman who lives with the strength, joy, and dignity of Jesus. Help me shine for You today, Lord.
In Jesus’ name, amen.

Pray about specific stresses in your heart that might be knocking your tiara off balance. Leave a comment about it on my blog wall or on my INSTAGRAM and lets pray for and encourage one another today.

ON THE PERSONAL SIDE… this princess is THANKFUL for so many reasons! My boys, who are both in college at UNC Chapel Hill, come home today. 🎉 Preston’s a junior and Hunter is a freshman. I LOVE having them home. My daughter, Kennedy, is in her senior year of high school and lemme tell ya, the girl had a REALLY big week! She signed her letter of intent to play D1 college volleyball at WOFFORD last Wednesday and also found out she made the All-American Volleyball team for the NAAPS (National Athletic Association of Private Schools). Proud mama? You bet. And if that wasn’t exciting enough, she turns 18 this week! (Hold me.) 🏐🎉💪🏼  We hosted a party for Kennedy last night with 16 of her closest friends. Yep. 16. 🤪🤪🤪 Gotta love it.

Connecting with you through these posts, in person and on social media is so meaningful. Thanks for doing life with me! 🌸

HAPPIEST of THANKSGIVINGS and MUCH LOVE to you,

PS. If you’re on INSTAGRAM, come find me! I’m obsessed. 😄 (That’s a phrase the teenagers are using now, so I’m stealing it.)

What? You want to see a picture of my daughter’s 18th birthday party? Okay. But only because you asked… 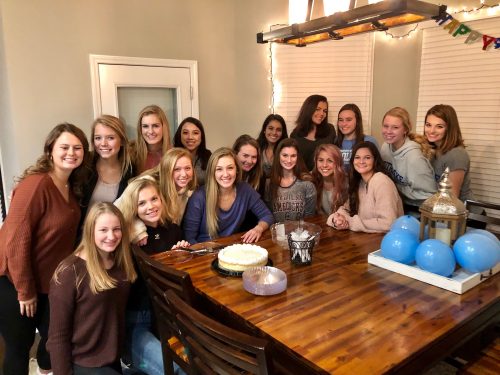 Hugs from my house to yours!