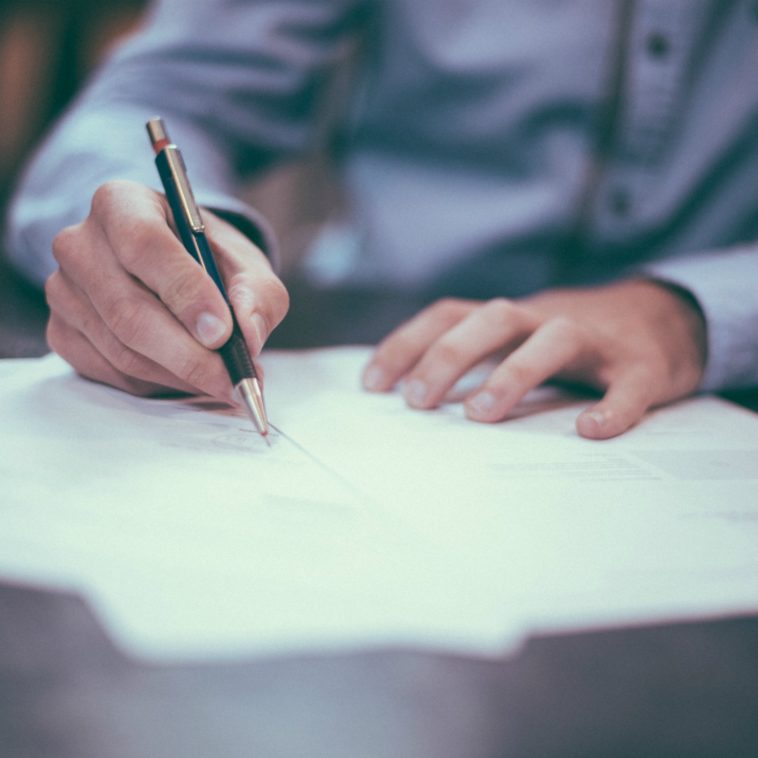 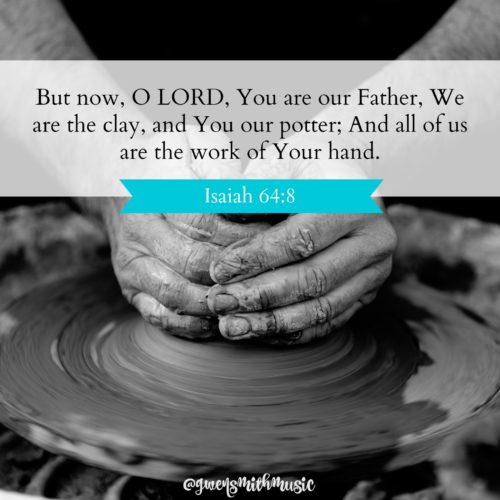 My son Hunter had been home from school for days on end following the concussion he sustained in a high school basketball game. In an effort to occupy his time productively, he picked up an old interest one afternoon and invited me to join in.

Yep. I was pretty excited too. Wait … no. No, I wasn’t. Not really. But I strapped on my mama smile and obliged him by doing what he asked: write three random sentences on a blank sheet of paper.

He left the room with my sentences and spent well over an hour doing a thorough analysis of my handwriting. He evaluated, measured, and contrasted the angles of each letter. He observed the way I looped my Y’s and crossed my T’s. He compared them to the scientific ways of graphology and wrote out a complete personality profile for me based solely upon those three sentences; using the 28 objective observations he made.

He typed up a full-page report and it was astounding. Nailed me through and through … and taught me so much about God.

How could the way I loop my “Y”s and angle my letters be connected to the way I respond to people, the way I perceive life, and the nature of how I make decisions? How can the unique design of who I am be evidenced in the minute details of my handwriting?

ONLY GOD would think to do something so wildly extravagant!

ONLY GOD could design such masterful complexities.

The depth of His creativity is more detailed than DNA. Our very personalities are revealed and expressed through our handwriting. I was blown away. It’s bananas! It’s incredible!

We don’t have to look far to be amazed by the handiwork of our Creator. David was in constant wonder of Him as he looked at the sky!

Lord, our Lord, how majestic is your name in all the earth! You have set your glory in the heavens…. When I consider your heavens, the work of your fingers, the moon and the stars, which you have set in place, what is mankind that you are mindful of them, human beings that you care for them? (Psalm 8: 1-2, 4)

And when a wounded and weary man named Job spoke to God of his frustration and challenged the Almighty on the painful things He had allowed him to endure, God responded out of a mighty storm. (Job 38:1)

Through divine questions, God made it clear that we, the created, will not understand the nature of His workings, and confirmed that by Him all life and nature is brought into existence and sustained.

“Brace yourself like a man; I will question you, and you shall answer me. “Where were you when I laid the earth’s foundation? Tell me, if you understand. Who marked off its dimensions? Surely you know! Who stretched a measuring line across it? On what were its footings set, or who laid its cornerstone—while the morning stars sang together and all the angels shouted for joy? “Who shut up the sea behind doors when it burst forth from the womb, when I made the clouds its garment and wrapped it in thick darkness, when I fixed limits for it and set its doors and bars in place, when I said, ‘This far you may come and no farther; here is where your proud waves halt’?” (Job 38: 3-11)

The Lord continued His thundering and humbling response…

“Have you journeyed to the springs of the sea or walked in the recesses of the deep? Have the gates of death been shown to you? Have you seen the gates of the deepest darkness? Have you comprehended the vast expanses of the earth? Tell me, if you know all this. “What is the way to the abode of light? And where does darkness reside? Can you take them to their places? Do you know the paths to their dwellings? (Job 38:16-20)

God’s questions left Job with a proper perspective of the power and awesomeness of our Creator.

I shake my head and bend my knees at this in fresh awareness that God is so much greater than I know.

So much greater than my limited perception of Him.

God’s greatness is written in my handwriting… and, by GRACE, it’s written on my heart.

Stand in awe of Him with me today.

Holy Lord,
There is none like You and Your greatness is unsearchable. Thank You for writing Your love on the fabric of humanity and on all that is created by Your hands. Thank You for expressing Your love to me in the intricate, design details of my life. I stand in awe and bless Your great name.
In Jesus’ Name, amen.

Spend a few moments in responsive prayer or write out a prayer of response in your journal.