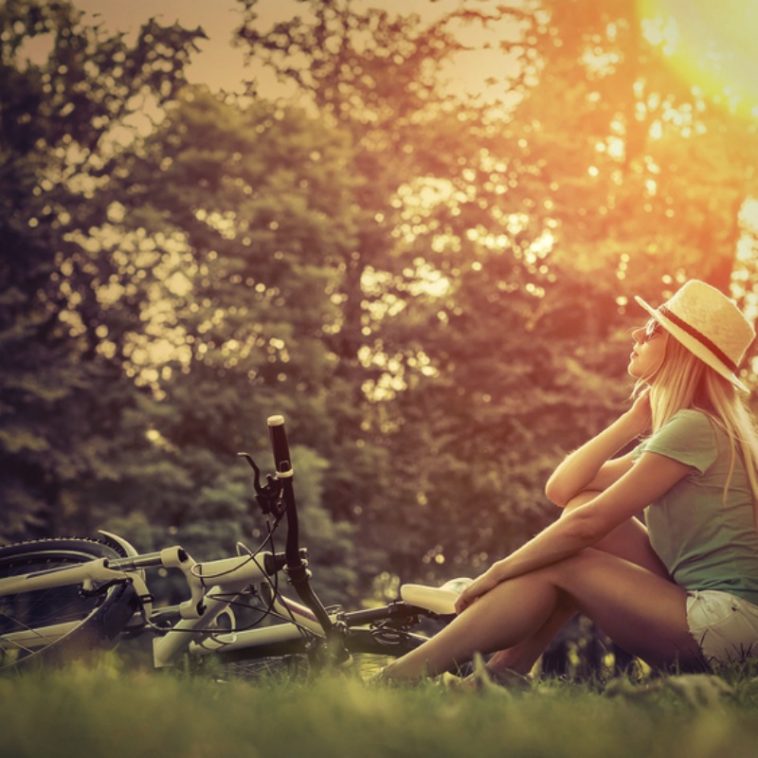 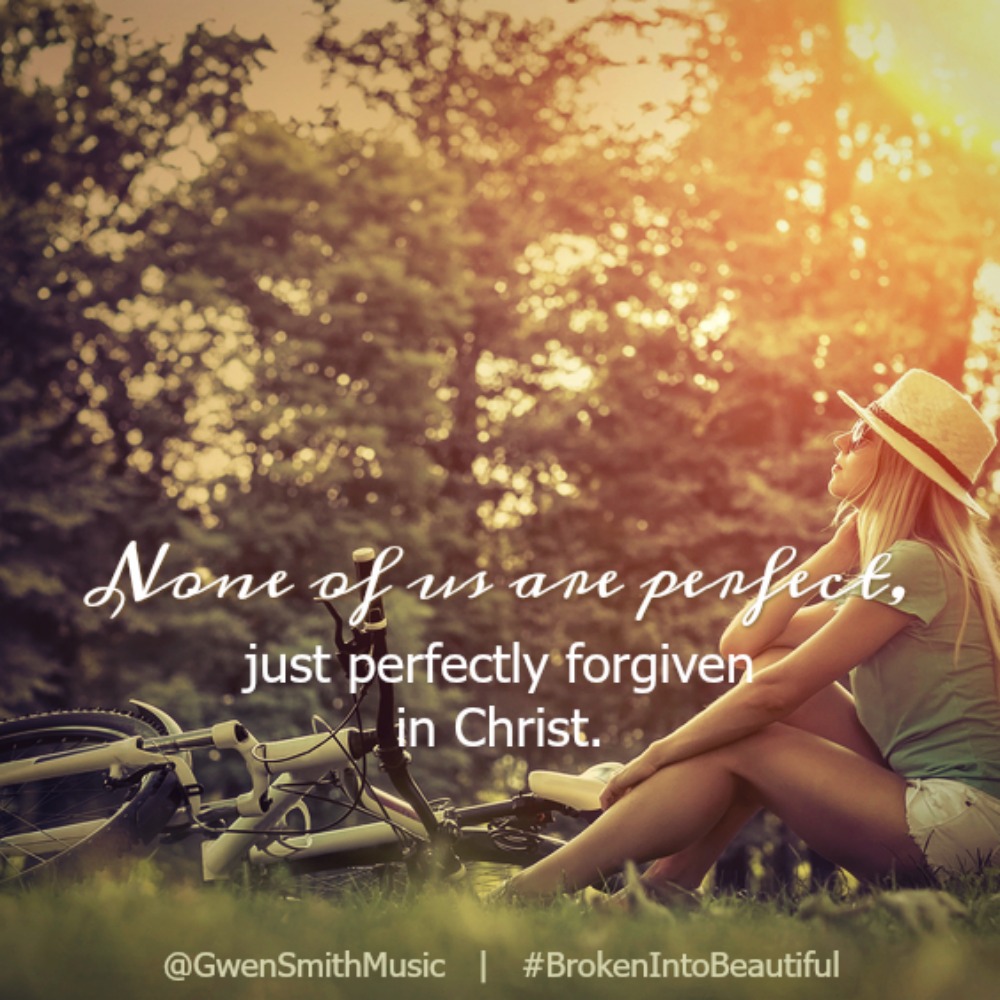 A four-year-old girl was overheard reciting the Lord’s Prayer, “and forgive us our trash baskets, as we forgive those who pass trash against us.” When I first heard that story, I smiled. Then I thought of a conversation I had had recently with a girlfriend.

She is a Christian friend. But though she has “emptied her trash basket” of sin before the Lord in sincere repentance, she has not emptied it of self-condemnation. Not completely. She holds the trash basket lid on tightly.

Haunted by mistakes that are no longer remembered by a holy God.

Haunted by sins that have been cast as far as the east is from the west.

These memories haunt her regularly like a spine-chilling horror film monster. As much as she would like to move forward in forgiveness, she just can’t find the courage to scare the monster away.

In the New Testament book of John, chapter 8, we meet a woman caught in the act of adultery. The legalistic teachers of the law and the Pharisees brought her before Jesus. They publicly humiliated her in front of all the town’s people, saying to Jesus, “Teacher, this woman was caught in the act of adultery. In the Law Moses commanded us to stone such women. Now what do you say?” (John 8:4-5)

The crowd eventually thinned to nothing. The older, wiser men cleared first. Then the younger ones trickled away. When the adulterous woman and Jesus were the only ones remaining:

“Jesus straightened up and asked her, “Woman, where are they? Has no one condemned you?”

My sister, do you see that our holy Lord delights to show us mercy? He does not condemn us as we deserve. The woman in this story was guilty when she was brought to face Jesus, but as she left His presence, her guilt was forgiven. Her trash basket was empty.

When we turn to face Jesus with repentant hearts, our guilt is forgiven as well.
TOSS YOUR TRASH

This account of the adulterous woman teaches us about forgiveness and about judging and condemning others. But what does this lesson teach us about judging ourselves?

While my friend’s trash basket contained junk from other people, the lingering condemnation came from memories of decisions she’d made, things she’d done, and brokenness she has experienced because of her own choices. In her heart, she accepts the forgiveness of Jesus, but she can’t bear to forgive herself.

So many women won’t forgive themselves.

I know that self-loathing. I’ve lived it. I’m not going to sit here and tell you that forgiving yourself is easy. It’s hard—and, in a lot of ways, it should be! But I can testify that it wasn’t until I prayerfully allowed the stubborn, strong, and unconditional love of Jesus to pry my fingers off the lid of my trash basket and empty the condemning contents, that I experienced true freedom and complete forgiveness.

Is there something that you have not been able to forgive yourself for?

My friend, we need to stop beating ourselves up for sins of our past.

We need to stop allowing guilt and shame to chain us to unproductive living.

Jesus humbled Himself by becoming human, endured an excruciating death, and then defied the grave in His resurrection so that we could be restored to a place of complete healing.

Second Corinthians 5:21 states that “God made Him who had no sin to be sin for us, so that in him we might become the righteousness of God.” If you are in Christ, the Bible says that your guilt was paid for on the cross of Calvary. Jesus carried the sins of the world on His shoulders so that you would not have to carry them on yours.

If you are holding on to un-confessed sin, the time has come for you to release your grip. God’s Word promises that, “If we confess our sins, he is faithful and just and will forgive us our sins and purify us from all unrighteousness” (1 John 1:9).

None of us are perfect, just perfectly forgiven in Christ.

Take your hand off the lid and allow the Lord to empty your trash basket of every last condemning voice once and for all.

Embrace the freedom that Jesus intends for you to live in. 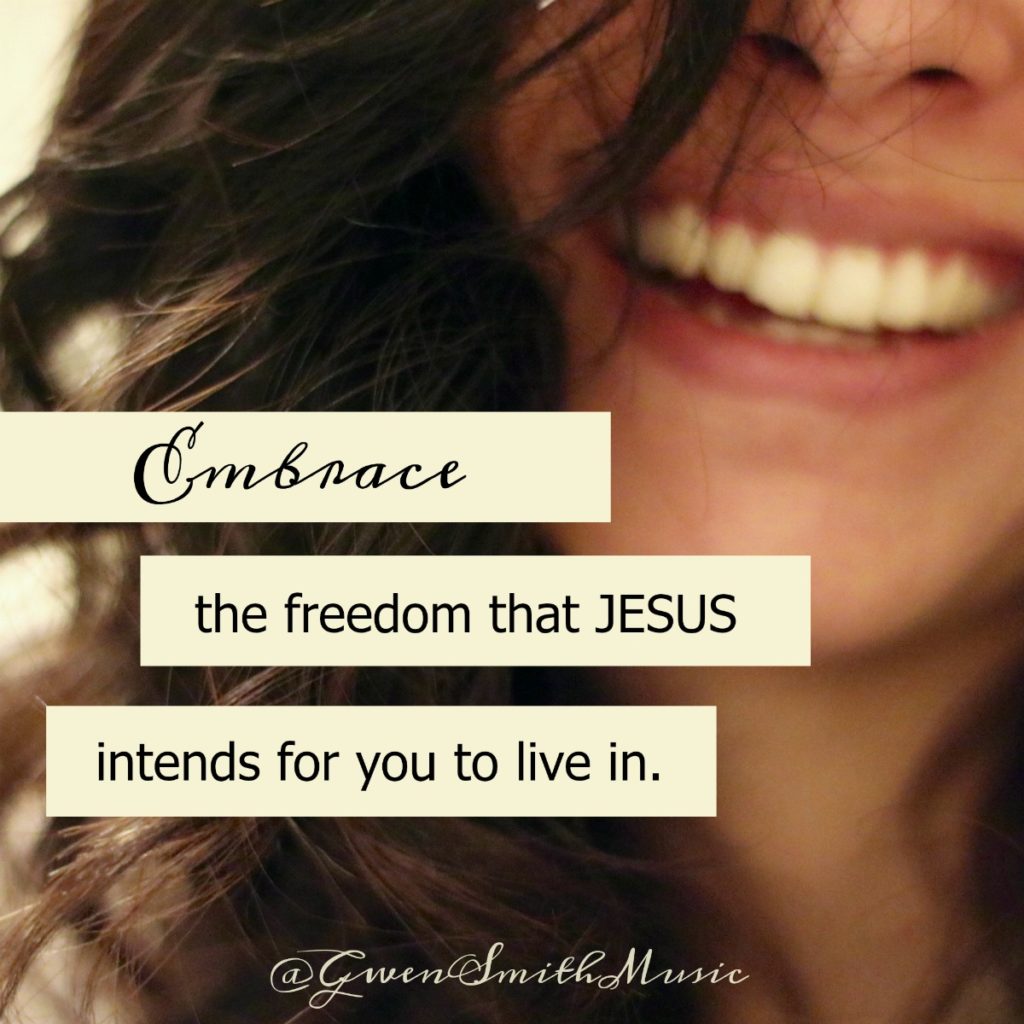 Holy Father,
Your mercy defies logic. I don’t deserve it, and I don’t understand how You could possibly forgive me for all that I have done. Please take my trash basket and empty it. Forgive me today and help me to forgive myself, and others, so I can live freely in Your amazing grace.
In Jesus’ name, amen.

Recite, write, and memorize these verse: “Therefore, there is now no condemnation for those who are in Christ Jesus, because through Christ Jesus the law of the Spirit of life set me free from the law of sin and death.” (Romans 8:1-2)

Prayerfully share this with a friend who might need to read this message. If you feel like this message is for you today, post a prayer on my wall today and join the community of the broken. Don’t be afraid. Mercy meets us in the messy.

Broken and Beautiful in Grace,

Today’s post is an excerpt from Broken Into Beautiful. Every step of forgiveness begins with the heart of God. If you’d like to learn more about how your brokenness can be transformed into a picture of God’s beauty, get your copy today. To order the book go to Amazon or, for a signed copy, visit my web store.